Skip to content
With a heavy heart I bring you the newest addition to my collection of obituaries, my uncle Garry.

Garry Richard Tollefson was born February 3, 1940 in Sanborn County near Cuthbert, SD to Lyle Richard and Dorene (Adams) Tollefson. He attended school in Mt. Vernon, SD.  He loved working for his uncle, Herbert Tollefson, on the farm near Woonsocket, SD, and hunting with his uncle, LaVerne Tollefson, starting cherished life-long relationships. At the young age of 15, he met the love of his life, Sara (Sally) Morgan, marrying 3 years later, September 20, 1958.  As a young man, Garry worked as an automobile mechanic for Marlyn Gjesdal in Mt. Vernon, SD.  He spent five years in the sport of boxing with Mitchell UCT.  He went to work for Montgomery Ward in Mitchell, SD as a tire shop foreman before he accepted a position at Hormel Meats Company.  When the Mitchell Hormel plant closed, Garry went to work at Mt. Vernon School, maintaining several buildings and classrooms and driving the school bus.  His mornings would start very early, especially in the cold winters, to be sure the school was warm for the students and faculty.  He was excited to connect with children and develop life-time relationships at the school and when driving the bus.  Garry was proud of his 32 years of accident free driving.  He was known in the community to mow your lawn, cut down your tree, fix your car or till your garden.  Garry served the community of Mt. Vernon as the Justice of Peace and 41 years as a volunteer fireman with the fire department.  He was a South Dakota National Guardsman serving in the 153rd Engineering Battalion.

Garry’s heart was full of love.  His love for his wife moved him to start his family and raise 6 children making a home in Mt. Vernon.  It was important for Garry to instill his unique genuine qualities to his children, his work ethic, honesty, loyalty, generosity, passion, sense of humor and sense of pride in accomplishments.  Life lessons and qualities were taught first hand at the farm, in the garden, pheasant hunting, camping, fishing and while playing pinochle.

He was baptized as one of Jehovah’s Witnesses in 1973, serving faithfully for 43 years.  He was an encouragement to his congregation.  His faithful example taught spiritual values to his children.  Garry brightened your day by making you laugh.

Garry was preceded in death by his parents; one brother, Randall; one sister, Martha Hanson and one brother-in-law, James C. Hanson. 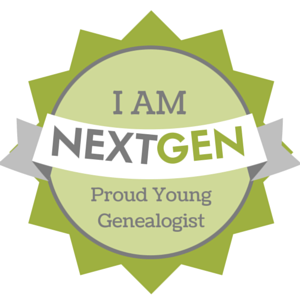