This branch (sect or whatever you want to call it) of the Tollefson Family descends from Tollef Lindem Tollefson.

The middle name of Lindem comes from the farm that Tollef Tollefson was living on. The Lindem Farm was Farm number 12, in the Lunde Parish, part of the Lunde Municipality, in Bratsberg amt.
Bratsberg amt is now Telemark County and City of Lunde is now Nome, Norway. Based on the time that Tollef actually lived there, the municipality may have actually been called Bø, because the area of Lunde was separated from Bø in 1867 to become a separate municipality.

Tollef Edward Tollefson was the son of Tollef Lindem Tollefson and Anne L. Loiningen, was born in Dodge County, Wisconsin, March 8, 1859. In 1870 at the age of ten years he came with his family to Dakota Territory where they made their homes on the banks of the Brule Creek near Richland, Union County.

He was married to Alie Adelaide Olson, December 30, 1882, and then lived for a time in the western park of Elk Point Township.  Later he build a home on a farm near Richland where he lived until 1915, when he prepared a home for his declining years in Elk Point. They he died November 4, 1921.

Mr. Tollefson was a man of very active and ambitious temperment. He was constructive, building in life three times a home on new land and beautifying each with trees and roads. He was liberal and progressive in thought and dealt with fellow men as with friends, never with the view of profiting by them. He was a tender son and father, a devoted husband and brother. he bore his distressing illness with exemplary patience, and died trusting in the salvation through Jesus Christ.

The funeral was held at the home of the deceased and was largely attended by old friends and neighbors from the surrounding country and town. Rev. A. L. Bergsaker of the Lutheran church conducted the services, the music was supplied by the mail quartet of the St. Paul Lutheran church and miss Alice Barr of Yankton College accompanied by Miss Cora Gunderson.

The out of town friends in attendance were Dr. Hyden of Alcester, Mrs. S. E. Brookman of Vermillion, and Mr. and Mrs. Wm. Shearon and son of Sioux City. 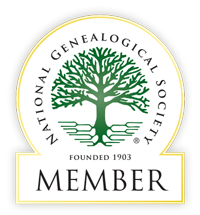